Sick. but not of starfrontlets.

I've never really had serious problems with illness in the tropics, but in the early morning hours (ironically after eating in the nicest hotel we would stay at the entire trip) of our overnight in Quito I was incapacitated by the most raging case of food poisoning I've ever had in my life.  Two others on the trip were effected, one nearly to the extent I was.  I was pretty disheartened to miss the morning's birding but at least after a few hours I started being able to keep down some Sprite.  The driver circled back to pick me back up and while I missed the trail at Yanacocha reserve I at least spent an hour or so at one of the hummingbird set-ups while the others were finishing up the trail and eating lunch.

And there were hummingbirds.  This is Buff-winged Starfrontlet. 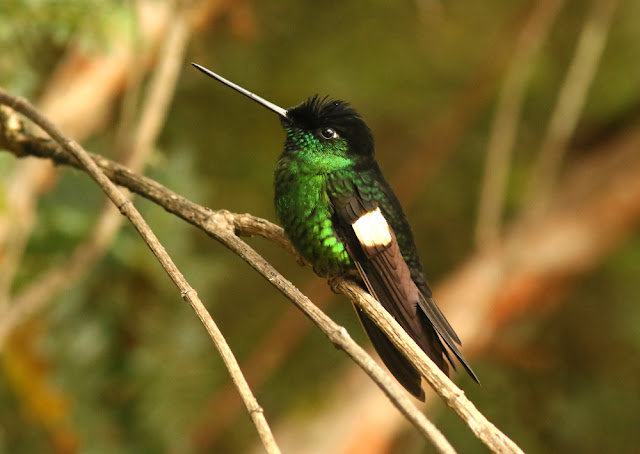 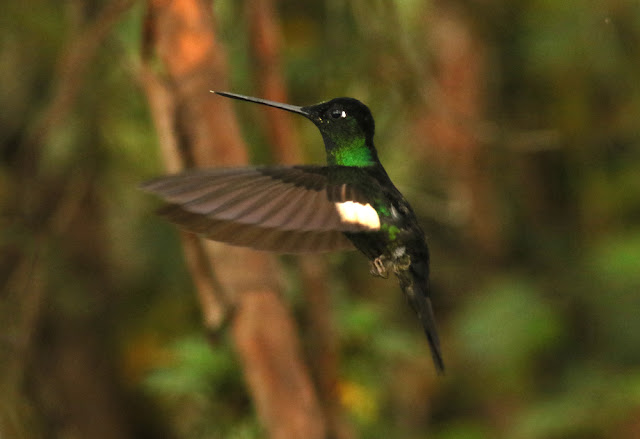 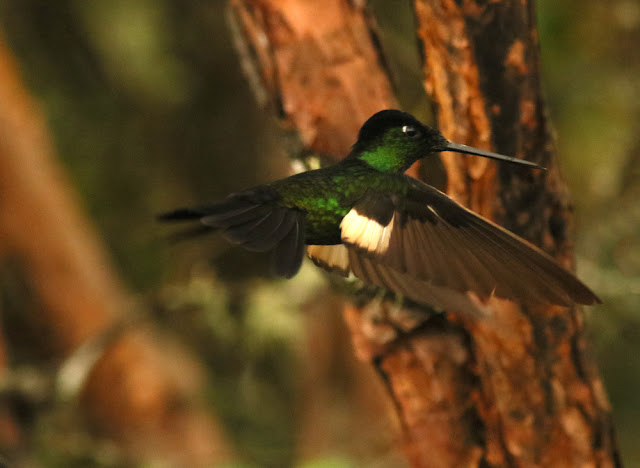 The name confused me.  Not the Buff-winged part, that one is easy.  I was thinking it was in the same family as the Starthroats of Central America, combining starthroat and starfrontlet in my mind.  I couldn't figure out why their bill was so much differently shaped.  Duh.  Because they're different.  Oh well.  The Starfrontlet is actually in the same genus as the Incas that were present at somewhat lower elevations.

Not sure if the forehead or the throat is the star, but it was green and blue in the right light. 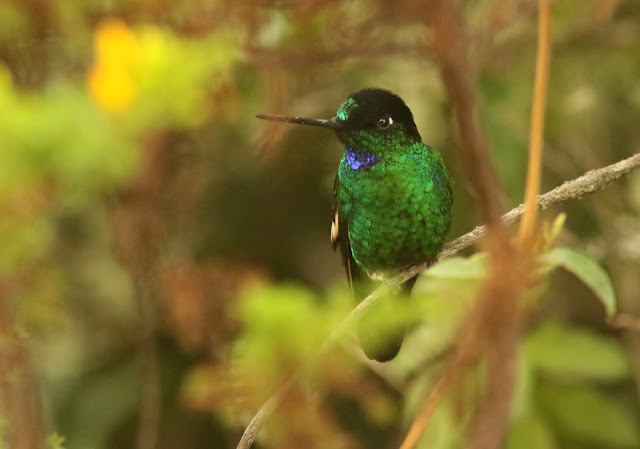 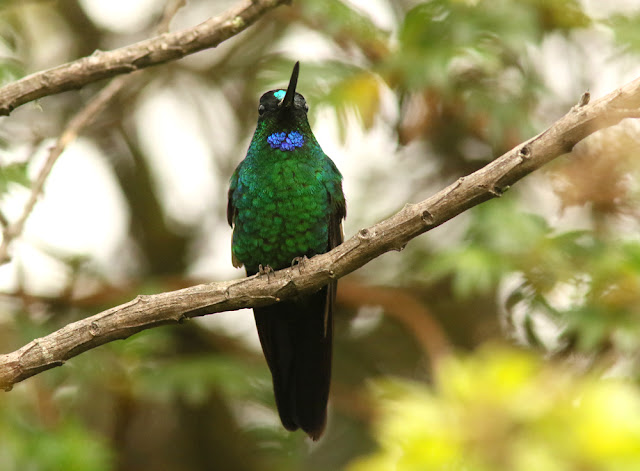 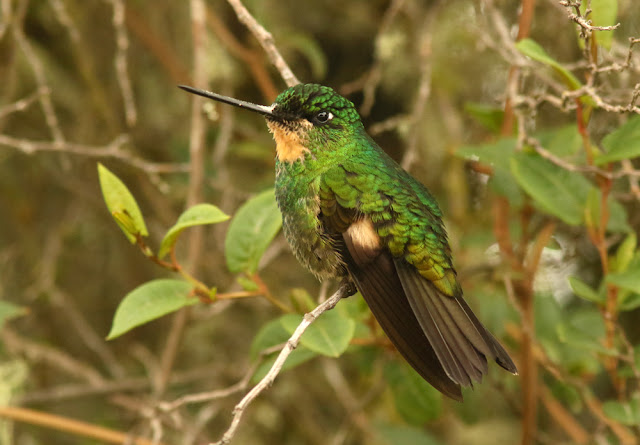