I think my blogging hiatus is mostly over.

I honestly haven't gotten out much more in 2018 than I did last fall, but I've got a few photos at least, mostly from CBC owling.

First though was a Snowy from early December.  It was one of those uber windy days where New Buffalo was scoured clean and so field checks were in order.  My eyes were scanning a quarter mile out and I drove right past this bird sitting just off the shoulder as it sheltered behind a little rise.

Next up two birds from CBC owling.  I can't remember the last red morph that I've seen (though I usually don't make a ton of effort to see calling birds; this one flew right in). 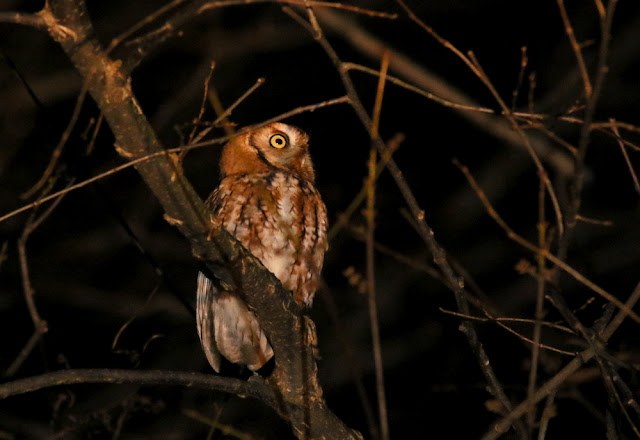 This Barred didn't call at all; there was enough light for it to be visible as it flew in as well though. 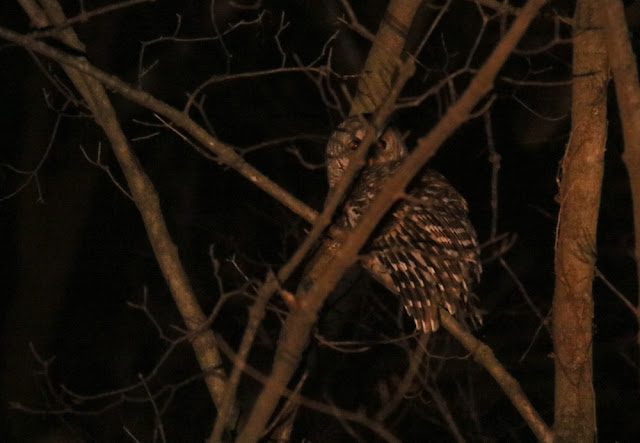