The San Francisco Harpy Eagle really was the icing on the trip's cake, but just before the Harpy we'd had another fun raptor.

I called this a White Hawk (it's 3 frames of one bird that I've montaged into one pic).  It's white with a black terminal tail band, what else could it be right? 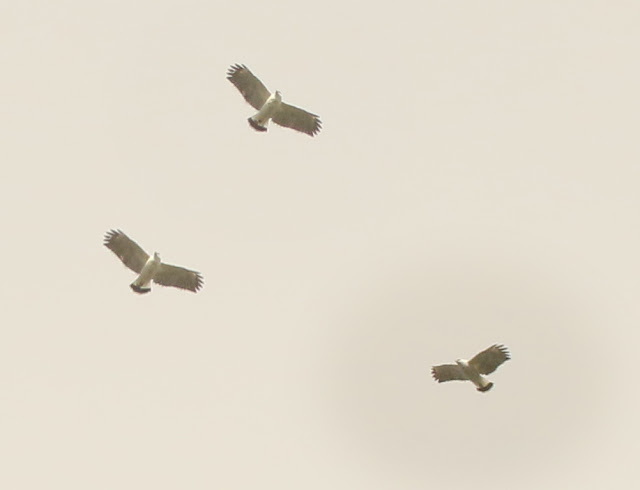 Next is an actual White Hawk from earlier in the trip. 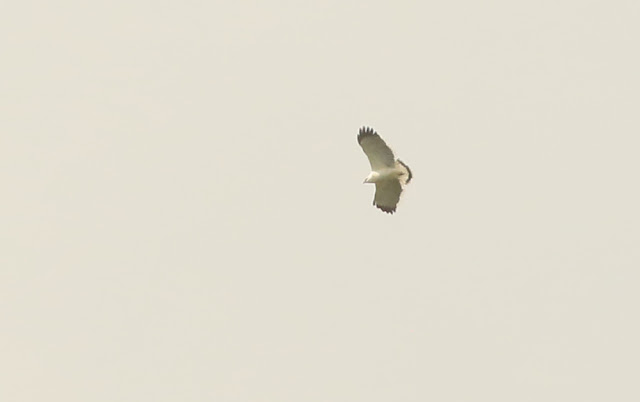 The first bird is actually Black-and-white Hawk-eagle.  I didn't realize how white their underwing is, but you can see it has a totally different shape to the wing and tail than the hawk.

Sooty-headed Tyrannulet was the bird we were actually looking at when the Harpy Eagle appeared. 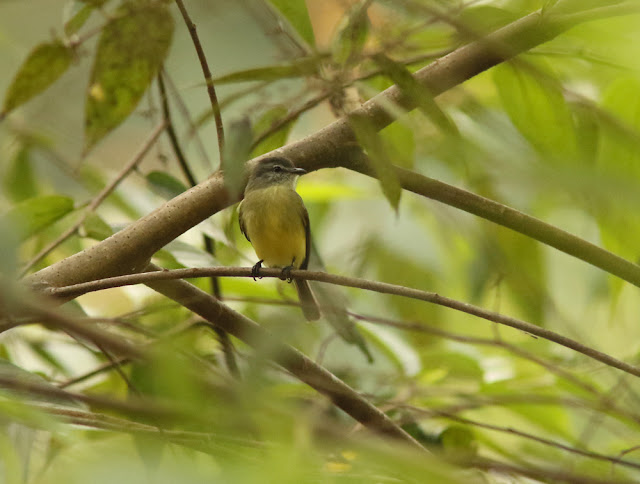 I had a Semi-plumbeous Hawk fly up which sat long enough to eat a frog. 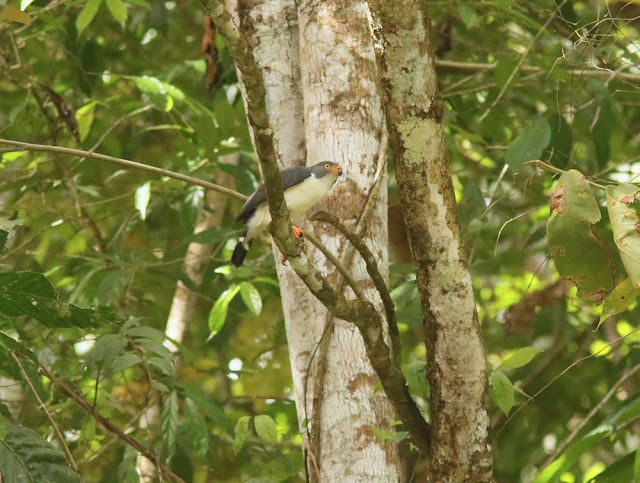 Domi's main target after the eagle was this bird, Yellow-green Tyrannulet, a bird found only in Panama. 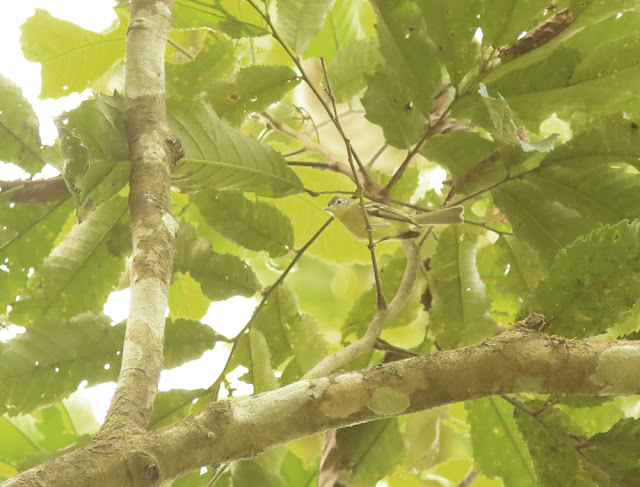 He basically turned us around as soon as he found it and we headed for lunch, again in Torti.  A squirrel cuckoo teed up in very nice light over the after-lunch coffee. 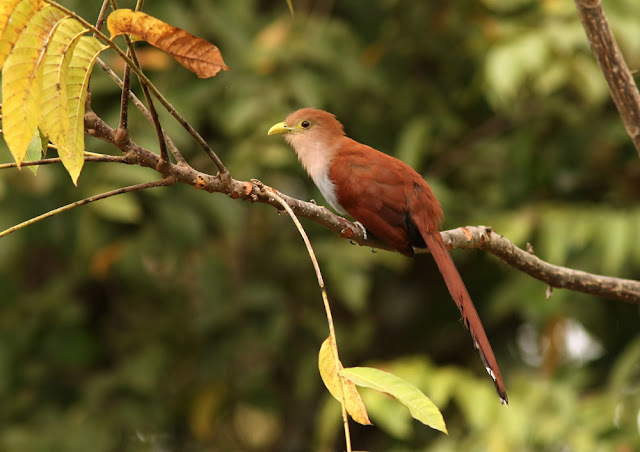 Finally another montage of the last bird we had together as a group, Plumbeous Kite. 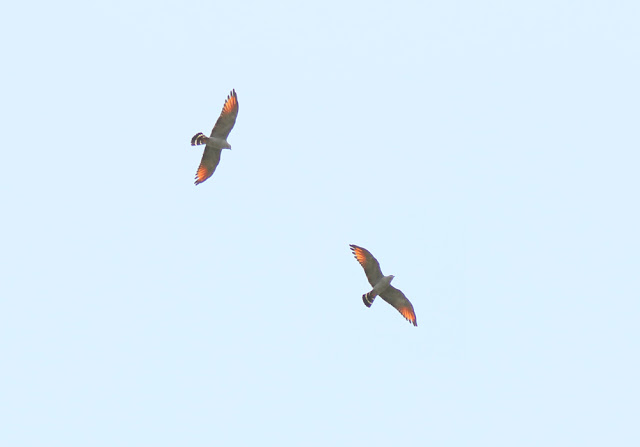