A young Ruddy Turnstone was at the end of the pier this morning just as the first sunrays touched the pier. 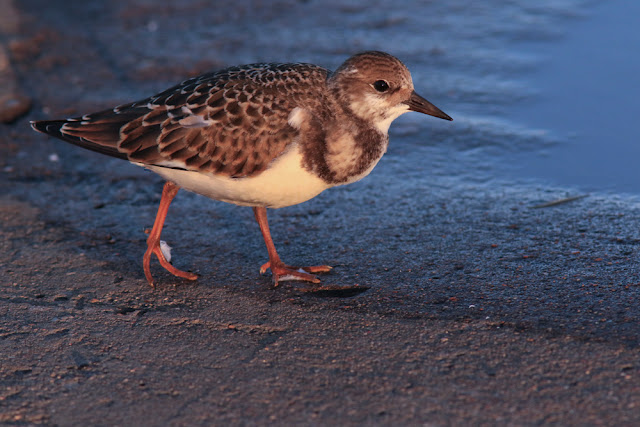 I'm not sure what to make of the gray feather towards the back of the lowermost row of scapulars.  Most shorebirds turn gray in the winter, if this was a dunlin you'd just say there it's one feather down on its way to winter plumage; turnstones don't turn gray though.

There were some peeps on the pier last week, though that day dawned cloudy.
This is a juvie Least Sandpiper 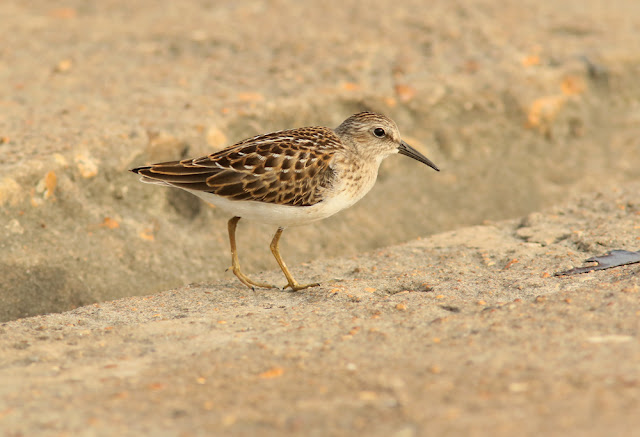 ID points are the neatly tapering slightly drooped bill, warm foxy tones in the upperparts, and white bracing in the scapulars.  Oh, and the pale legs.  When in doubt cheat and just check the legs. 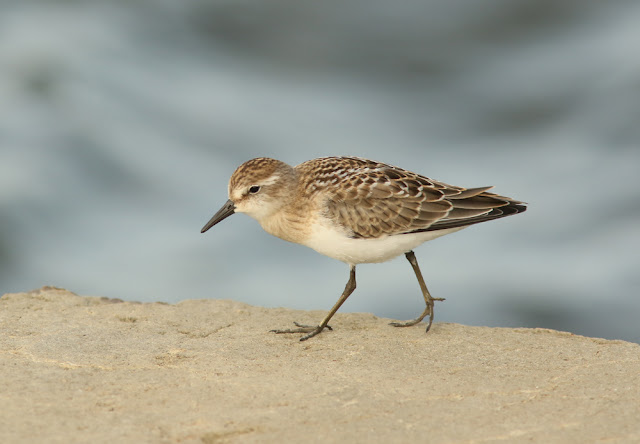 Palish.  Whoops.  Better not cheat.  That bird is a very young Semipalmated Sandpiper whose legs aren't as dark as they'll be in a couple more weeks.  Note how its bill doesn't taper as much as the Least's (this bird's bill is on the short side for a Semi btw, again a very young bird).  It has much less intensity of color in the upperparts. 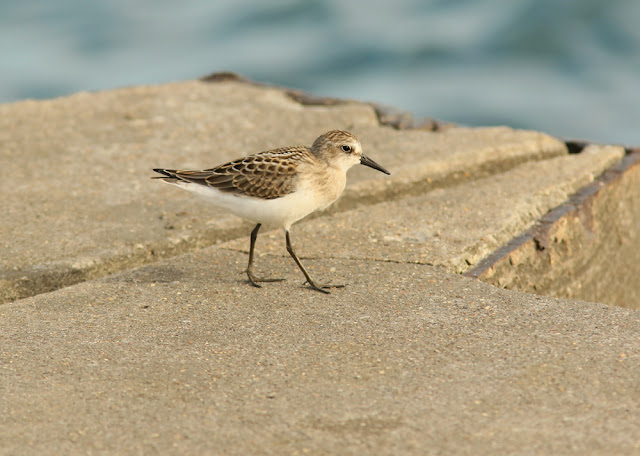 Same bird closer.  This one has a little more color in the scapulars than the first bird did, but nowhere near what the Least has. 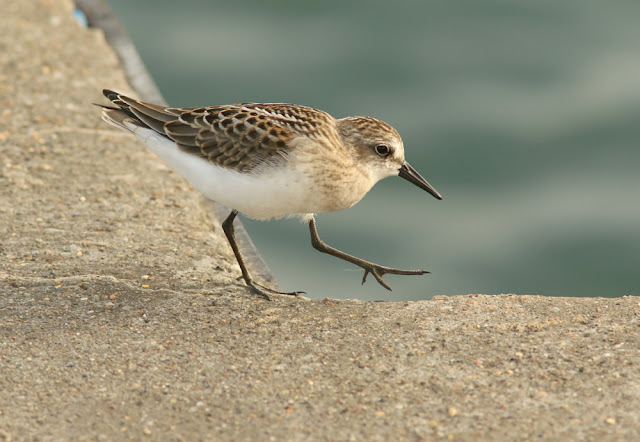 You can see the semi-palmation of the toes.  (Western Sandpiper has it too).

I had hoped to get close enough to this group to get a good tight shot of the variation of several birds' scapulars, but they woke up and started feeding before I could manage it. 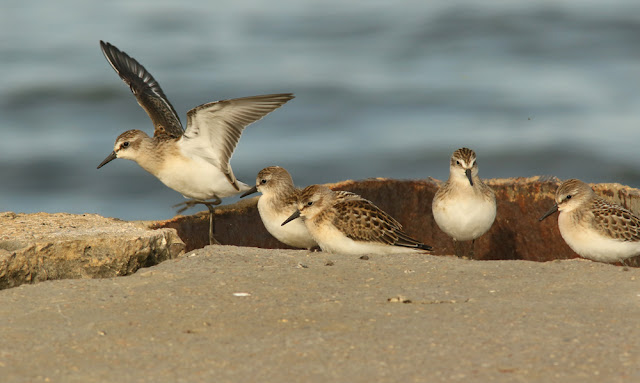