Return to the Beach

I had a chance to do some birding locally for the first time since returning from San Diego.

There were two willet on Jean Kloch Beach, an adult on the left and a juvenile on the right. 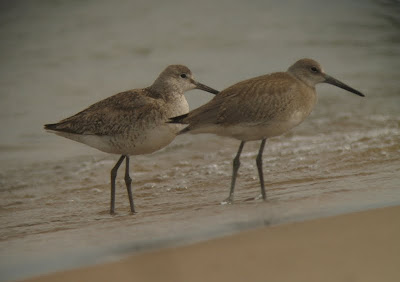 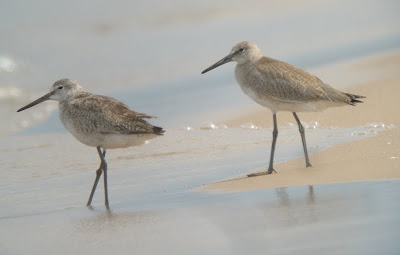 A beachwalker pushed the birds closer to me, here's the adult with worn plumage and a few all gray winter feathers coming in at the edge of the mantle (in the scapulars) 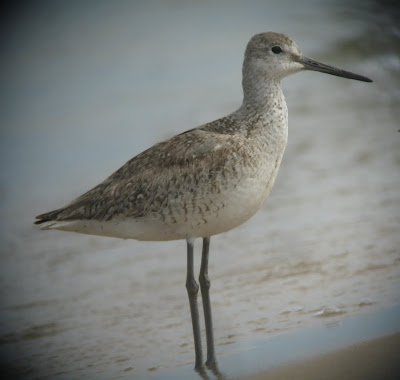 The juvenile's plumage is much neater as it's much fresher with smaller feathers on average. They're also plainer at the base (especially as you look in the wing coverts) which I suspect is a function of them being rapidly grown. 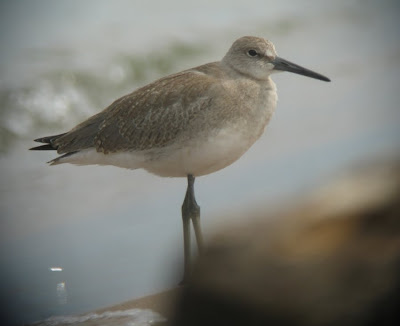 I spent most of my time sitting near the gull flock hoping that a little gull or rare tern would join the 15 or so Forster's and Commons on the beach. The terns can be a difficult problem in the fall since both species have dark primaries this time of year.

I didn't see much evidence that the Forster's are moulting their primaries yet. The birds fairly consistently had all the primaries fairly dark with a contrasting hoar frost gray streaked into them 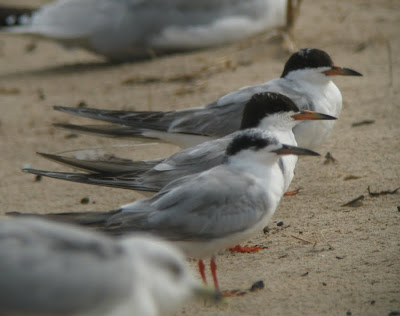 The common terns on the other hand frequently had a gray inner primary (though this bird doesn't) and had less of the frosted look to the primaries, they're somewhat more evenly colored. 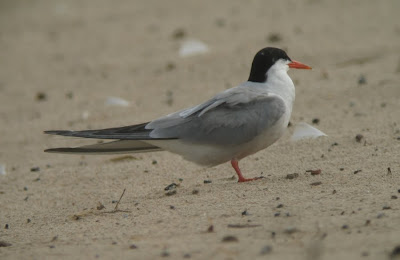 In some lightings (mainly bright overcast), the Forster's clearly had intensely colored orange legs whereas the Commons had duller red legs. The last photo has 2 Forster's in the background and 3 Common's in the foreground. I couldn't get the two species in the same focal plane to illustrate the somewhat thinner (and possibly shorter) bill of Common. 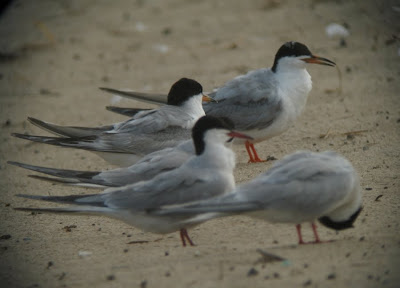 Finally a quick shot of the 10 turnstones that flew past me, landed, and started sprinting away...